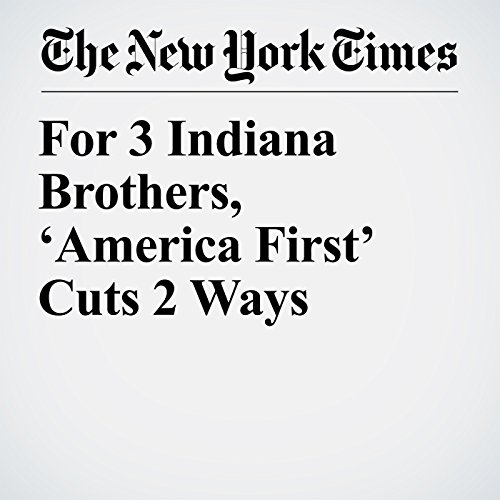 The blow to America’s industrial workforce from globalization, and the sometimes xenophobia-tinged anger over trade deals that fueled a political upheaval last year, are not hard to find in southwest Indiana.

"For 3 Indiana Brothers, ‘America First’ Cuts 2 Ways" is from the March 03, 2017 U.S. section of The New York Times. It was written by Trip Gabriel and narrated by Barbara Benjamin-Creel.