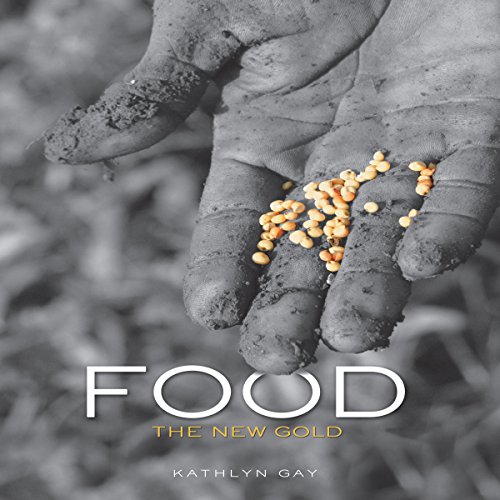 Did you know starvation kills more people every year than AIDS, malaria, and tuberculosis combined? Around the world, millions of people go to bed hungry every night. Farmers and ranchers produce enough food to feed everyone, but much of that food does not get to the people who need it most. In some places, food has become a precious commodity - almost like gold.

In this audiobook, author Kathlyn Gay explores the complicated interaction between food, business, politics, and the environment. She examines the international food aid system; giant "factory farms", which grow and slaughter animals using assembly-line techniques; and the genetic engineering of seeds, plants, and animals. These systems and practices promise to get more food to the people who need it - but the promises don't always pan out. Worse, many modern agricultural practices are harmful to the environment, to workers who product the food, and even to consumers who eat it. Gay explains that food politics will only become more complicated as Earth's climate grows warmer, bringing rising sea levels, shifting growing seasons, and shrinking freshwater supplies.