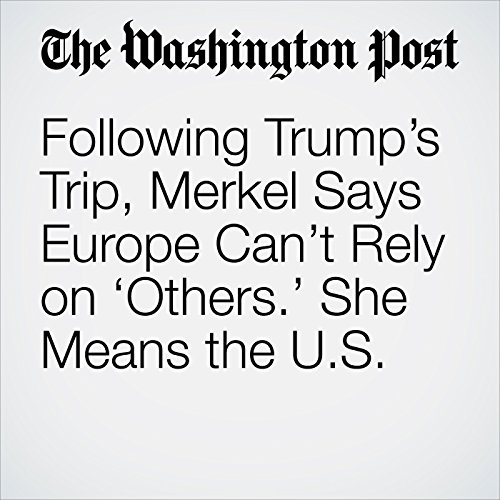 German Chancellor Angela Merkel on Sunday declared a new chapter in U.S.-European relations after contentious meetings with President Trump last week, saying that Europe “really must take our fate into our own hands.”

"Following Trump’s Trip, Merkel Says Europe Can’t Rely on ‘Others.’ She Means the U.S." is from the May 28, 2017 Europe section of The Washington Post. It was written by Michael Birnbaum and Rick Noack and narrated by Sam Scholl.