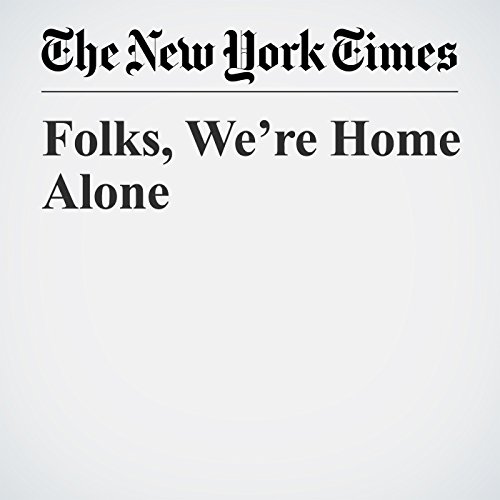 Former Secretary of State Dean Acheson wrote a famous memoir, “Present at the Creation,” about the birth of the post-World War II order — an order whose institutions produced six decades of security and growth for a lot of people. We’re now at a similar moment of rapid change — abroad and at home. Many institutions have to be rethought. But any book about Washington today would have to be called “Absent at the Creation.”

"Folks, We're Home Alone" is from the September 26, 2017 Opinion section of The New York Times. It was written by Thomas L. Friedman and narrated by .