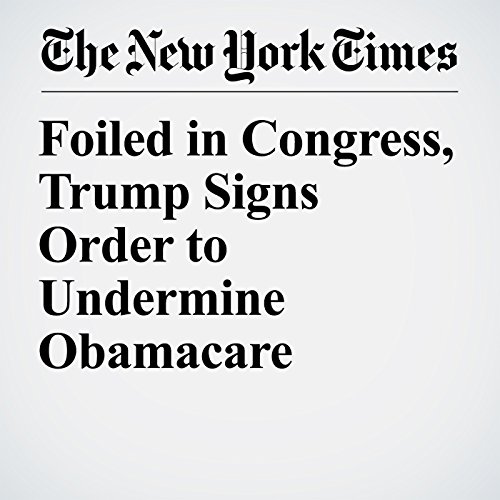 President Donald Trump signed an executive order Thursday that clears the way for potentially sweeping changes in health insurance, including sales of cheaper policies with fewer benefits and fewer protections for consumers than those mandated under the Affordable Care Act.

"Foiled in Congress, Trump Signs Order to Undermine Obamacare" is from the October 12, 2017 U.S. section of The New York Times. It was written by Robert Pear and Reed Abelson and narrated by Keith Sellon-Wright.