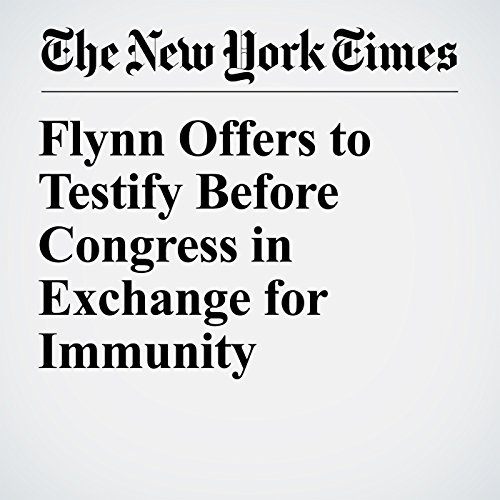 Michael Flynn, the former national security adviser, has offered to be interviewed by House and Senate investigators who are examining the Trump campaign’s ties to Russia in exchange for immunity from prosecution, according to his lawyer and a congressional official.

"Flynn Offers to Testify Before Congress in Exchange for Immunity" is from the March 30, 2017 U.S. section of The New York Times. It was written by Mark Mazzetti and Matthew Rosenberg and narrated by Caroline Miller.