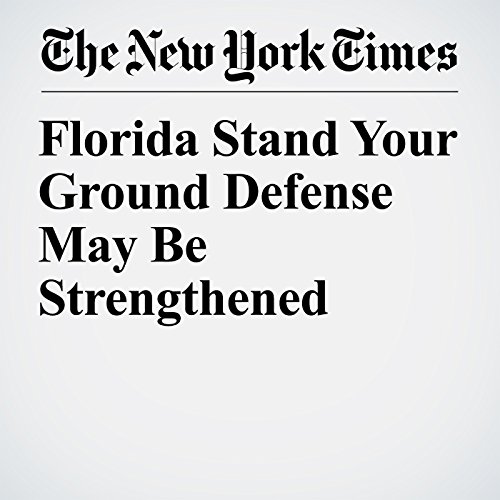 Florida, nicknamed the Gunshine State, became a symbol of strong self-defense laws after George Zimmerman shot and killed Trayvon Martin, an unarmed black teenager, in 2012 and was later acquitted when a jury found he was justified in pulling the trigger. (While Zimmerman argued self-defense, he did not offer a stand your ground case.)

"Florida Stand Your Ground Defense May Be Strengthened" is from the March 15, 2017 U.S. section of The New York Times. It was written by Lizette Alvarez and narrated by Fleet Cooper.