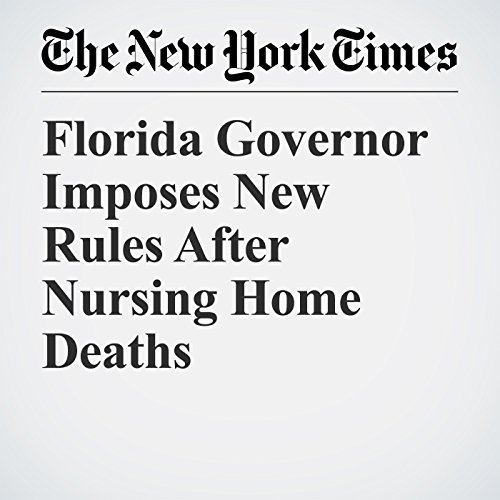 Gov. Rick Scott of Florida announced new rules Saturday requiring nursing homes and assisted-living facilities in the state to have generators capable of maintaining comfortable temperatures for at least 96 hours in the event of a power loss.

"Florida Governor Imposes New Rules After Nursing Home Deaths" is from the September 16, 2017 U.S. section of The New York Times. It was written by Sheri Fink and Matt Stevens and narrated by Kristi Burns.