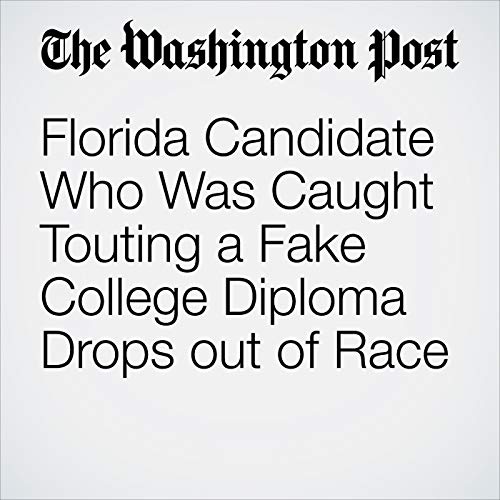 Melissa Howard, a Florida state House candidate who gained notoriety after she was caught touting a fake college diploma, has dropped out of the GOP primary election scheduled in two weeks.

"Florida Candidate Who Was Caught Touting a Fake College Diploma Drops out of Race" is from the August 14, 2018 section of The Washington Post. It was written by Kristine Phillips and narrated by Sam Scholl.