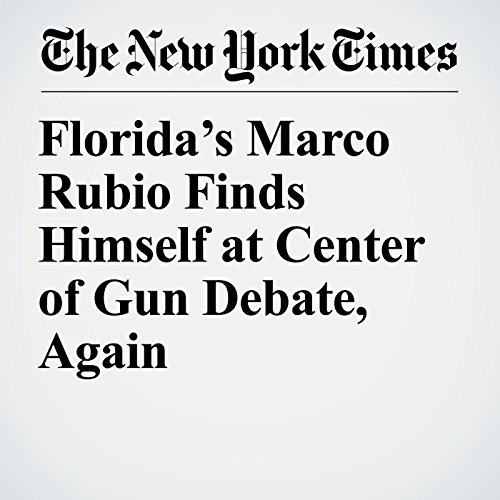 When a gunman slaughtered 49 people at an Orlando nightclub in 2016, Sen. Marco Rubio, R-Fla., described it as a moment of revelation — a tragedy so grave that it helped prompt his decision to seek a second term.

"Florida’s Marco Rubio Finds Himself at Center of Gun Debate, Again" is from the February 23, 2018 U.S. section of The New York Times. It was written by Alexander Burns, Patricia Mazzei and narrated by Mike DelGaudio.