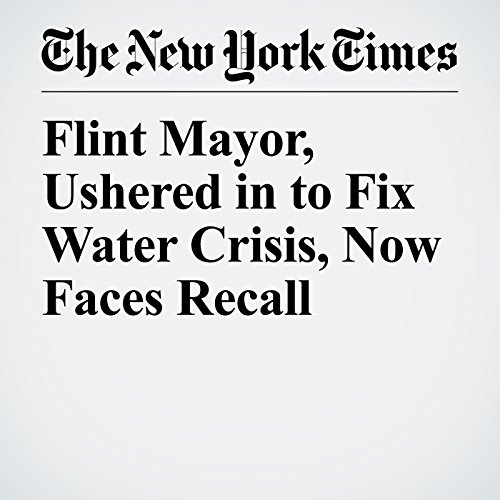 As Mayor Karen Weaver's celebrity grew, so too did a revolt within her own city hall. She now faces accusations of corruption by city council members, a court battle over Flint’s long-term water source and, on Tuesday, a recall election that could snuff out her four-year term at the halfway point.

"Flint Mayor, Ushered in to Fix Water Crisis, Now Faces Recall" is from the November 05, 2017 U.S. section of The New York Times. It was written by Mitch Smith and narrated by Keith Sellon-Wright.