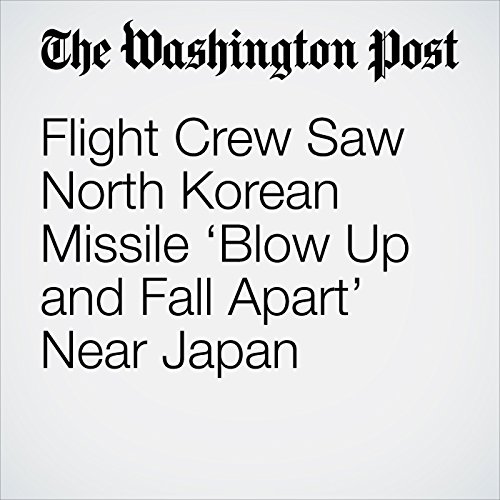 "Flight Crew Saw North Korean Missile ‘Blow Up and Fall Apart’ Near Japan" is from the December 04, 2017 World section of The Washington Post. It was written by Avi Selk and narrated by Sam Scholl.