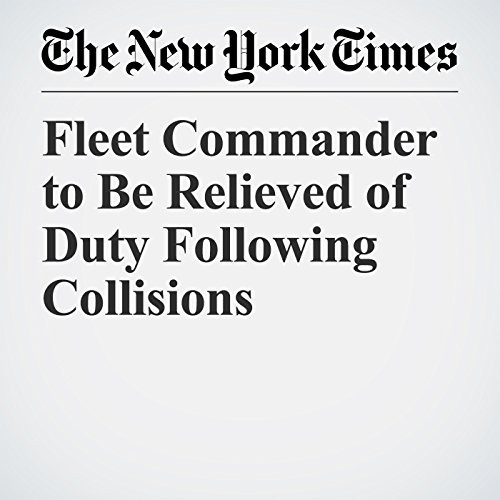 One day after ordering a rare suspension of ship operations worldwide, the Navy plans to relieve the commander of the fleet that has sustained four collisions in Asia and the deaths of more than a dozen sailors this year, a U.S. official said Tuesday.

"Fleet Commander to Be Relieved of Duty Following Collisions" is from the August 23, 2017 World section of The New York Times. It was written by Eric Schmitt and Richard C. Paddock and narrated by Kristi Burns.