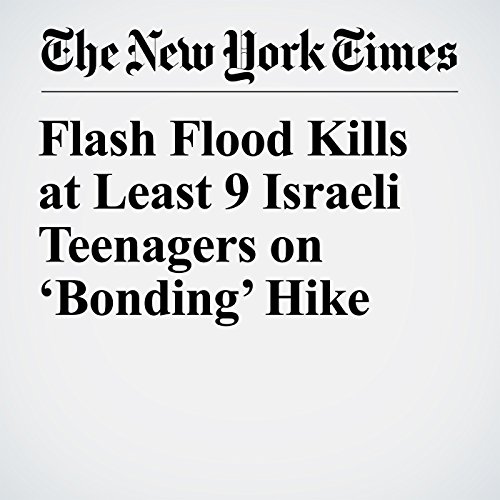 JERUSALEM — At least nine Israeli teenagers on a “bonding” trip were killed, and one was still missing, after a flash flood swept them away Thursday while they were hiking in a riverbed near the Dead Sea.

"Flash Flood Kills at Least 9 Israeli Teenagers on ‘Bonding’ Hike" is from the April 26, 2018 World section of The New York Times. It was written by David M. Halbfinger and narrated by Barbara Benjamin-Creel.