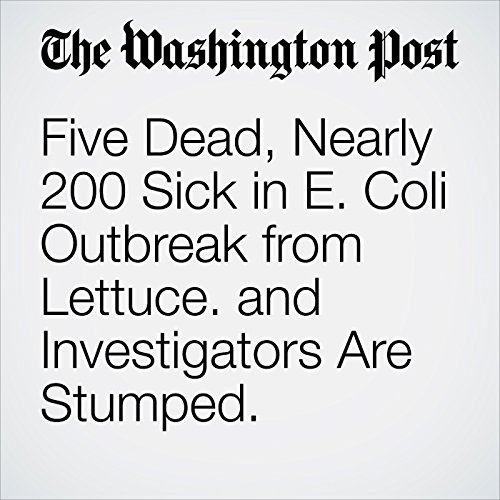 Five people have died and nearly 200 from about three dozen states have been sickened by E. coli in a growing outbreak that has so far stumped federal investigators.

"Five Dead, Nearly 200 Sick in E. Coli Outbreak from Lettuce. and Investigators Are Stumped." is from the June 02, 2018 National section of The Washington Post. It was written by Kristine Phillips and narrated by Sam Scholl.