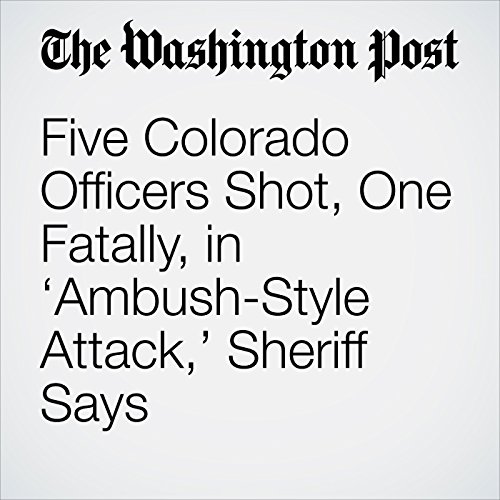 A sheriff’s deputy from Colorado was killed when he and fellow officers faced a barrage of gunfire after responding to a call about a disturbance at an apartment complex in a Denver suburb.

"Five Colorado Officers Shot, One Fatally, in ‘Ambush-Style Attack,’ Sheriff Says" is from the December 31, 2017 Post Nation section of The Washington Post. It was written by Kristine Phillips and narrated by Sam Scholl.