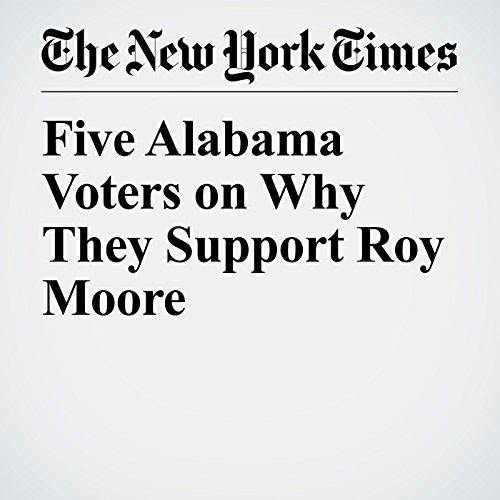 Outside Alabama, the question can seem baffling: How could conservative voters, in one of the most culturally conservative states in the United States, stick with a candidate who is facing allegations that he had inappropriate sexual relations with girls as young as 14?

"Five Alabama Voters on Why They Support Roy Moore" is from the December 08, 2017 U.S. section of The New York Times. It was written by Richard Fausset and Jess Bidgood and narrated by Mike DelGaudio.