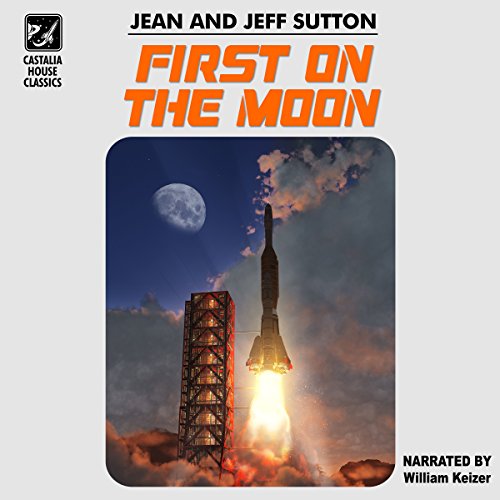 When Adam Crag learns that one of the other candidates to fly the USA's first prospective moon lander has been murdered, he is thrust into the leadership of a secretive moon launch. Unfortunately for him, the Soviets are a step ahead. From the moment Crag is selected, deadly complications plague the mission, including the possibility that one of the three crew members is a sleeper agent for the other side.

Written by an expert on the US space program, First on the Moon is an exciting tale of what might have happened if the Cold War rivalry between the USA and the Soviet Union had not only been extended to the space race, but turned hot outside the limits of Earth's atmosphere. Part space exploration, part military science fiction, First on the Moon is a true classic of the Space Age that should not be missed by any science fiction fan.