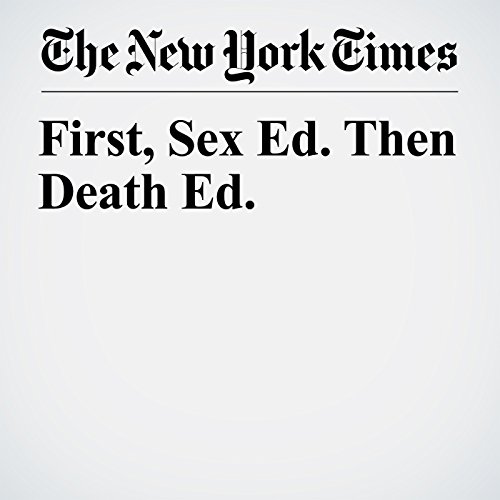 Sexual education programming was promoted by the National Education Association as far back as 1892 as a necessary part of a national education curriculum. As information spread and birth control became increasingly available, unwanted pregnancies dropped, and rates of STDs plummeted. In this case, knowledge really is power.

"First, Sex Ed. Then Death Ed." is from the February 19, 2017 Opinion section of The New York Times. It was written by Jessica Nutik Zitter and narrated by Fleet Cooper.