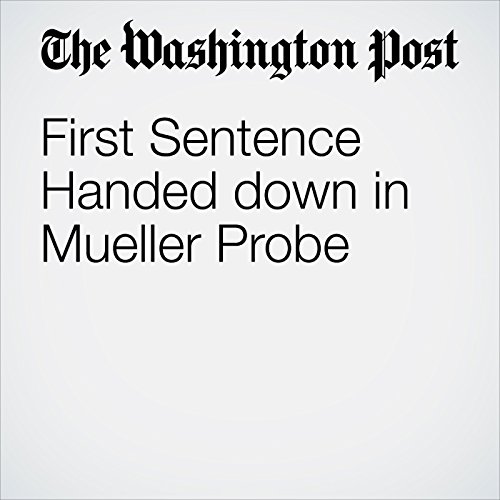 A London-based lawyer was ordered to serve 30 days in prison after a federal judge Tuesday handed down the first sentence in special counsel Robert S. Mueller III’s investigation of Russian interference in the 2016 U.S. presidential election.

"First Sentence Handed down in Mueller Probe" is from the April 03, 2018 National section of The Washington Post. It was written by Spencer S. Hsu and narrated by Sam Scholl.