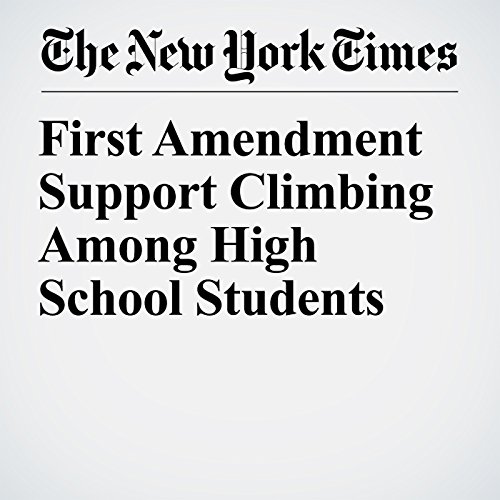 Support among U.S. high school students for the First Amendment is stronger today than it has been in the last 12 years, according to the latest in a series of large nationwide surveys of the nation’s rising voters.

"First Amendment Support Climbing Among High School Students" is from the February 07, 2017 U.S. section of The New York Times. It was written by Niraj Chokshi and narrated by Kristi Burns.