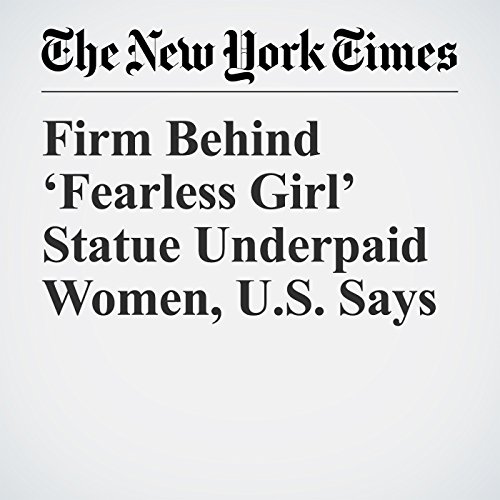 The firm that commissioned the popular “Fearless Girl” statue in New York’s financial district has agreed to pay $5 million, mostly to settle claims that it discriminated against 305 top female employees by paying them less than men in the same positions.

"Firm Behind ‘Fearless Girl’ Statue Underpaid Women, U.S. Says" is from the October 06, 2017 Business section of The New York Times. It was written by Matt Stevens and narrated by Barbara Benjamin-Creel.