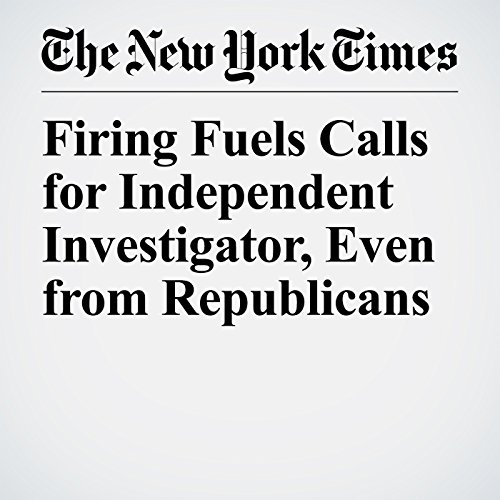 President Donald Trump’s decision on Tuesday to fire the FBI director, James B. Comey, immediately fueled calls for an independent investigator or commission to look into Russia’s efforts to disrupt the election and any connections between Trump’s associates and the Russian government.

"Firing Fuels Calls for Independent Investigator, Even from Republicans" is from the May 09, 2017 U.S. section of The New York Times. It was written by David E. Sanger, Matthew Rosenberg and Michael S. Schmidt and narrated by Keith Sellon-Wright.