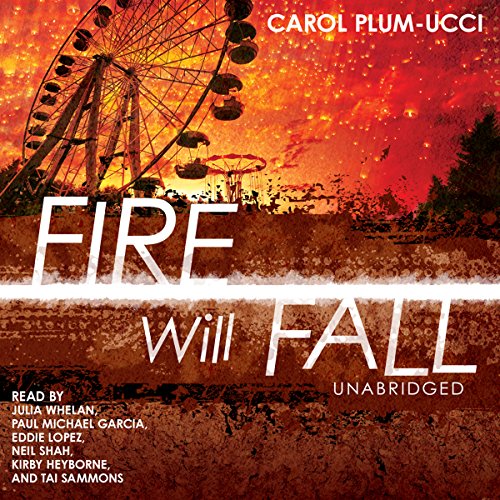 ShadowStrike poisoned the water of Trinity Falls two months ago. Now the Trinity Four, the teens most affected by the poison, have been isolated in a remote mansion under 24-hour medical care while scientists on four continents rush to discover a cure.

Meanwhile, US operatives scour the world for the bioterrorists responsible for this heinous crime as two teen virtual spies, also infected, hunt for the criminals on the Internet. The danger remains real - for ShadowStrike has every reason to pursue the Trinity Four, and their evil plan will unleash a new designer virus that’s even deadlier than the first.

Carol Plum-Ucci is the author of numerous novels for teens, including The Body of Christopher Creed, a Michael L. Printz Award Honor Book that was also nominated for the Edgar Allan Poe Award for Best Young Adult Mystery.

©2010 Carol Plum-Ucci (P)2011 Blackstone Audio, Inc.
“The compelling characters, dramatic situations, and page-turning pace of this thriller will keep readers enthralled right up to the climax.” (School Library Journal)
“This sequel to the outstanding Streams of Babel more than lives up to its predecessor’s standard. A taut read, it’s hard to put down, with characters readers will care about and plenty of momentum. Humor is deftly woven into both character development and dialogue, lightening the mood at just the right spots. A must-read, all-too-contemporary page-turner.” (Kirkus Reviews)
“Sexual tension and fragile relationships are part of the story as much as the terrorist hunt is, and the two couples’ fears about their own possible impending mortality will captivate a high school audience.” (Booklist)

The author makes you feel connected with the characters. This book doesn't disappoint. I got to enter their lives once again as they struggle with their health and that there may still be a possible threat. Intense.