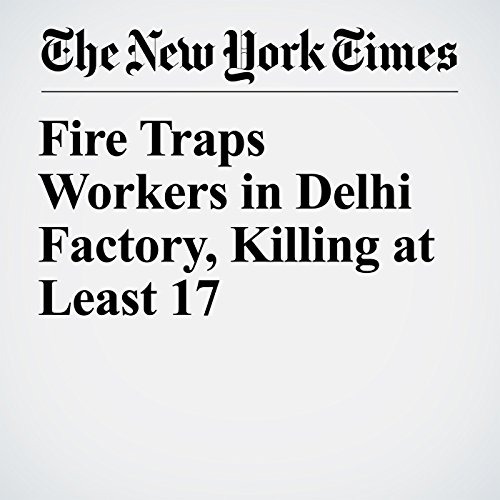 A fire at an industrial building on the outskirts of New Delhi broke out as workers were stuffing gunpowder into firecrackers, trapping many of them on the factory’s upper floors as it spread, and leaving at least 17 dead.

"Fire Traps Workers in Delhi Factory, Killing at Least 17" is from the January 21, 2018 World section of The New York Times. It was written by Kai Schultz and narrated by Kristi Burns.