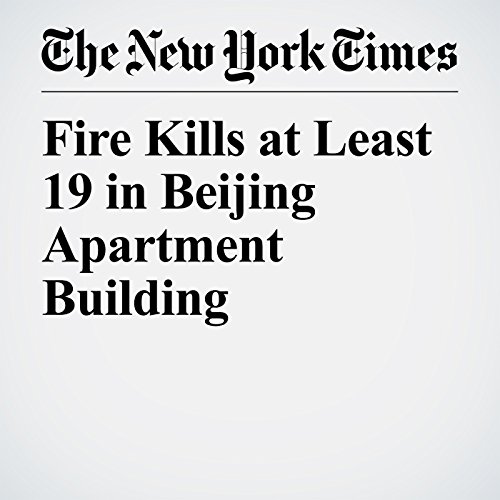 A blaze roared through an apartment building on the blue-collar edge of Beijing, killing at least 19 people, many of whom were apparently migrant workers from the Chinese countryside who were trapped in acrid smoke, officials and local residents said Sunday.

"Fire Kills at Least 19 in Beijing Apartment Building" is from the November 19, 2017 World section of The New York Times. It was written by Chris Buckley and narrated by Keith Sellon-Wright.