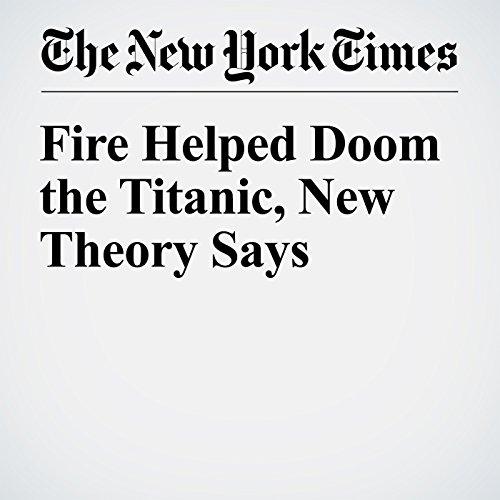 Ever since the Titanic sank more than 104 years ago, killing more than 1,500 men, women and children, mystery has swirled around the tragedy. No one doubts that the ship collided at high speed with an iceberg off the coast of Newfoundland.

"Fire Helped Doom the Titanic, New Theory Says" is from the January 03, 2017 World section of The New York Times. It was written by Dan Bilefsky and narrated by Keith Sellon-Wright.