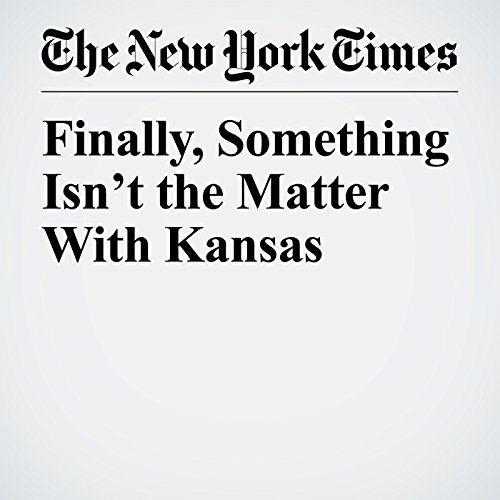 The most momentous political news of the past week? For my money, it wasn’t James Comey’s Senate testimony, riveting as it was. It was the Kansas Legislature’s decision to defy the governor and raise income taxes — a move that could well be the first step in a transformation of American politics much more far-reaching than anything that could come from Russiagate.

"Finally, Something Isn’t the Matter With Kansas" is from the June 11, 2017 Opinion section of The New York Times. It was written by Michael Tomasky and narrated by Kristi Burns.