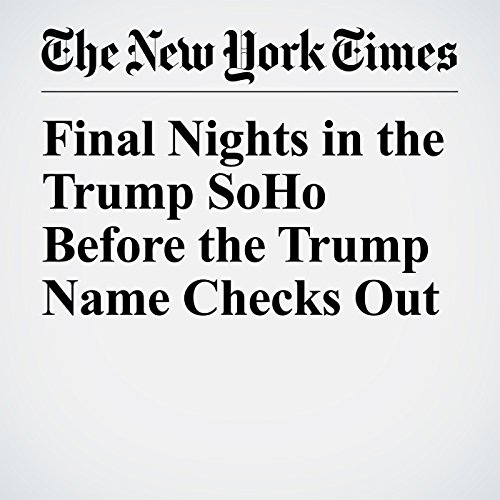 Bargain hunting for hotels for her Thanksgiving trip from Cincinnati to New York City, Anita Scott came across a luxury hotel oddly cheaper than the rest. Then she saw its name.

"Final Nights in the Trump SoHo Before the Trump Name Checks Out" is from the November 23, 2017 U.S. section of The New York Times. It was written by Sarah Maslin Nir and narrated by Barbara Benjamin-Creel.