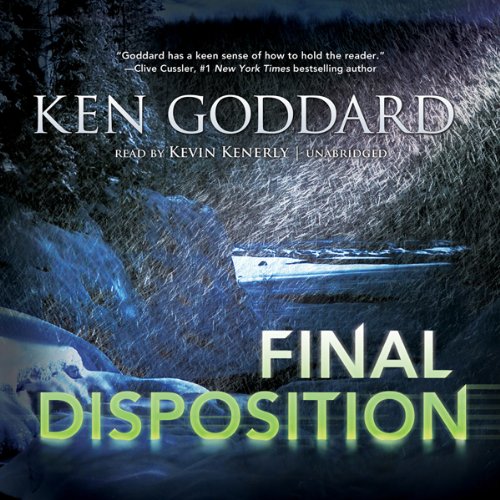 Ken Goddard’s First Evidence series centers on what may prove to be evidence of extraterrestrial contact. In this third book, crime scene investigator Colin Cellars wakes up in the maw of an fMRI machine at a remote military hospital, having no memory of who he is or how he got there - but he quickly becomes aware that he is being hunted.

His instinctive response is to run, and he must rely on his new, incredibly enhanced sense of music and tone to trigger fragments of memories that may help him discover who is friend, who is foe - and who is something else entirely.

Ken Goddard is the author of the New York Times best seller Balefire, as well as 10 other novels. He has served as a criminalist in California and as an instructor in crime-scene investigation and forensic techniques at law enforcement academies throughout the United States, as well as for Interpol. He is director of the National Fish and Wildlife Forensics Laboratory.

"Goddard has a keen sense of how to hold the reader." (Clive Cussler, number-one New York Times best-selling author)
"Goddard nicely combines our instinctive fear of things glimpsed at the corner of the eye with the mind’s rational habit of assembling evidence." (Thomas Perry, Edgar Award winner and New York Times best-selling author, on First Evidence)

Really enjoyed this one. Can't help but wonder how much follows Ken Goddard's logic. It was different to some degree from the first but as good and I think better than the second. I used to read Goddard years back and thought he had abandoned writing. So glad he didn't.

I also got a laugh out of the quirky, sarcastic humor and the way Cellars always managed to get into trouble.

Once again I was not disappointed

I liked the story from beginning to end. I thought the ending was quite fitting.

I have listened to the prior two stories to this series and Kennerly is an adequate narrator-as long as you slow the speed to 80 or 85. But where are the directors when Kennerly says Cross instead of Croce? Actors aren't literature majors, but isn't pronunciation a major part of narrating? Mispronouncing Croce's name is not the only incident, just the most annoying one.