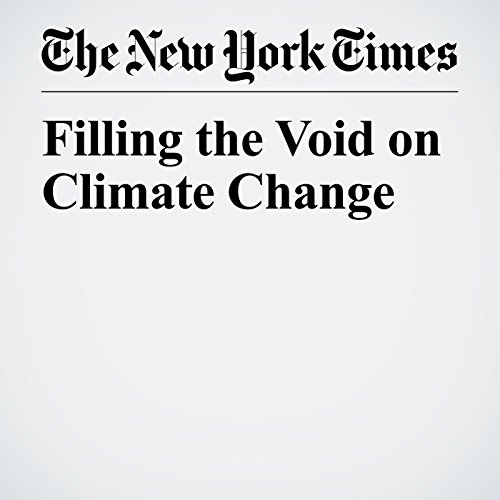 Filling the Void on Climate Change

President Donald Trump’s decision to withdraw from the Paris compact on climate change was barely four days old when more than 1,200 governors, mayors and businesses promised to do whatever they could to help the United States meet the climate goals President Barack Obama had committed to in the agreement. In a letter, titled “We Are Still In,” they declared that global warming imposes real and rising costs, while the clean energy economy to which the Paris agreement aspires presents enormous opportunities for American businesses and workers.

"Filling the Void on Climate Change " is from the June 06, 2017 Opinion section of The New York Times. It was written by The Editorial Board and narrated by Kristi Burns.