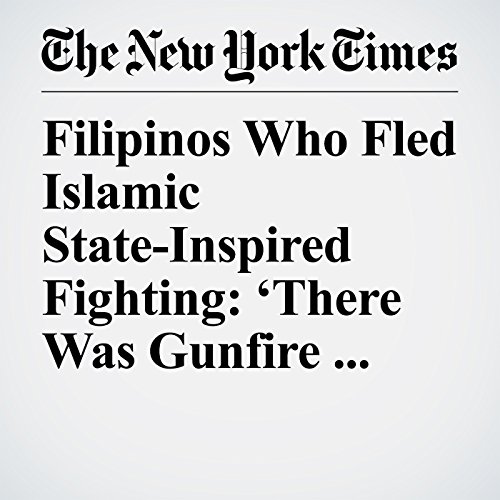 Filipinos Who Fled Islamic State-Inspired Fighting: ‘There Was Gunfire Everywhere’

After she heard the first few shots ring out a week ago in Marawi, the center of Islamic faith in this predominantly Christian nation, Jemaliah Batingulo said she locked all the doors to keep her five children safe inside.

"Filipinos Who Fled Islamic State-Inspired Fighting: ‘There Was Gunfire Everywhere’" is from the May 30, 2017 World section of The New York Times. It was written by Felipe Villamor and narrated by Fleet Cooper.