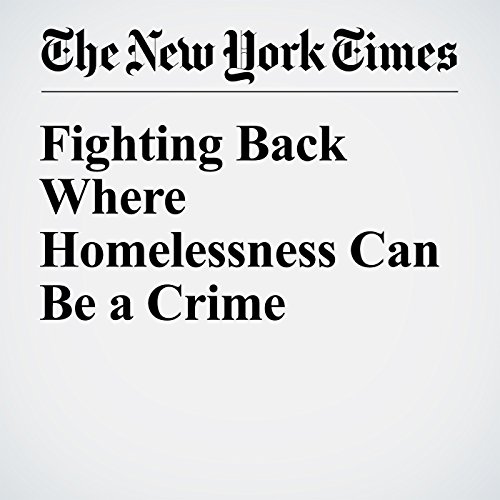 Fighting Back Where Homelessness Can Be a Crime

Growing numbers of homeless encampments have led to civic soul-searching in cities around the country, from Philadelphia to Chicago to Seattle. Should cities open up public spaces to their poorest residents, or sweep away camps that city leaders, neighbors and business groups see as islands of drugs and crime?

"Fighting Back Where Homelessness Can Be a Crime" is from the January 09, 2017 U.S. section of The New York Times. It was written by Jack Healy and narrated by Kristi Burns.