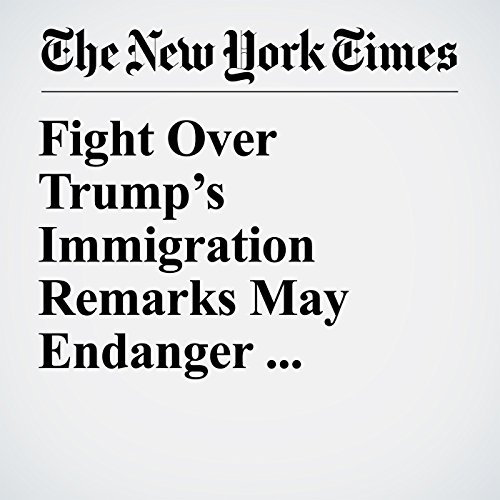 After three days of denunciations from around the world, President Donald Trump declared that he is “not a racist” on Sunday, even as the uproar over his vulgar remarks on immigration overshadowed critical issues facing the capital, including efforts to protect young unauthorized immigrants and avert a government shutdown.

"Fight Over Trump’s Immigration Remarks May Endanger ‘Dreamer’ Deal" is from the January 15, 2018 U.S. section of The New York Times. It was written by Thomas Kaplan and Noah Weiland and narrated by Keith Sellon-Wright.