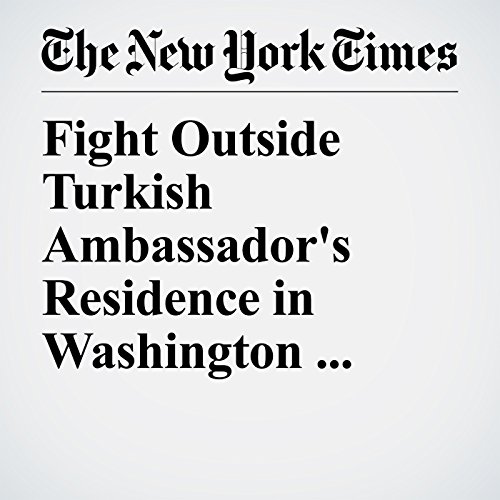 Supporters and opponents of President Recep Tayyip Erdogan of Turkey engaged in a violent confrontation outside the Turkish ambassador’s residence in Washington on Tuesday night. Nine people were injured and taken to a hospital, the District of Columbia’s fire and emergency medical services said.

"Fight Outside Turkish Ambassador's Residence in Washington Injures 9" is from the May 17, 2017 U.S. section of The New York Times. It was written by Christopher Mele and Nicholas Fandos and narrated by Kristi Burns.