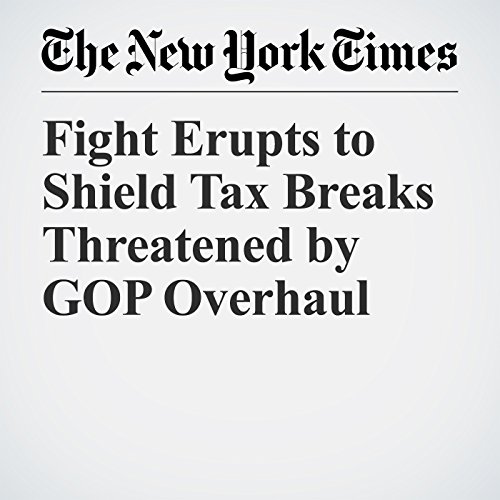 Republicans’ release of a sweeping plan to rewrite the tax code has set off a scramble among Washington lobbyists and trade groups to protect valuable tax breaks and other long-ingrained provisions.

"Fight Erupts to Shield Tax Breaks Threatened by GOP Overhaul" is from the September 28, 2017 U.S. section of The New York Times. It was written by Alan Rappeport and Thomas Kaplan and narrated by Mike DelGaudio.