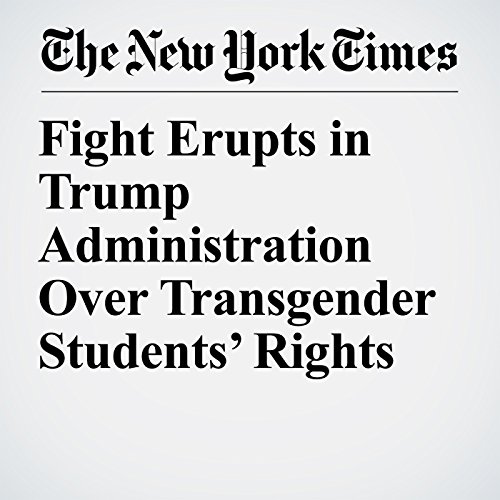 A fight over a draft order that would rescind protections for transgender students in public schools has erupted inside the Trump administration, pitting Attorney General Jeff Sessions against the secretary of education, Betsy DeVos.

"Fight Erupts in Trump Administration Over Transgender Students’ Rights" is from the February 22, 2017 U.S. section of The New York Times. It was written by Jeremy W. Peters, Eric Lichtblau and Jo Becker and narrated by Keith Sellon-Wright.