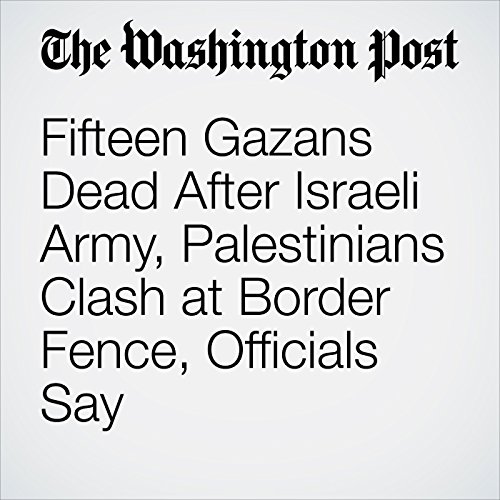 Thousands of Palestinians in Gaza marched to the edges of their 140-square-mile pen of territory Friday to face off against the Israeli military after calls for demonstrations. But the day turned to bloodshed as the Israeli military used live ammunition and tear gas to disperse the crowds, killing 15 people and injuring hundreds, according to the Health Ministry in Gaza.

"Fifteen Gazans Dead After Israeli Army, Palestinians Clash at Border Fence, Officials Say" is from the March 30, 2018 World section of The Washington Post. It was written by Loveday Morris, Hazem Balousha and narrated by Jenny Hoops.