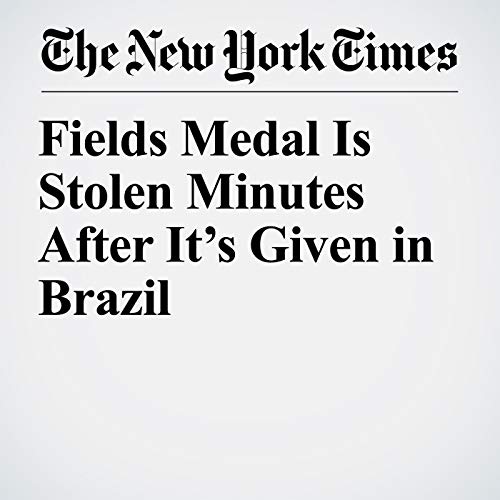 A 14-karat gold medal often described as the Nobel Prize for mathematics was stolen minutes after it was awarded to a Cambridge University professor at a ceremony in Brazil on Wednesday.

"Fields Medal Is Stolen Minutes After It’s Given in Brazil" is from the August 02, 2018 World section of The New York Times. It was written by Ceylan Yeginsu and narrated by Kristi Burns.