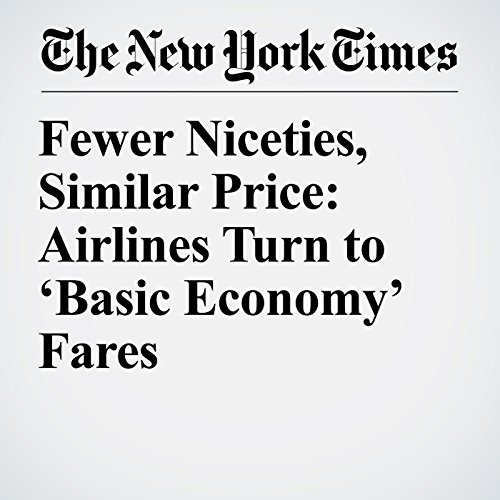 For these major airlines, a “basic economy” ticket means the airline willtransport travelers where they want to go. Most everything else, though,costs extra, ending many of the remaining niceties provided by largecommercial carriers.

"Fewer Niceties, Similar Price: Airlines Turn to ‘Basic Economy’ Fares" is from the February 23, 2017 Business section of The New York Times. It was written by Julie Creswell and narrated by Kristi Burns.