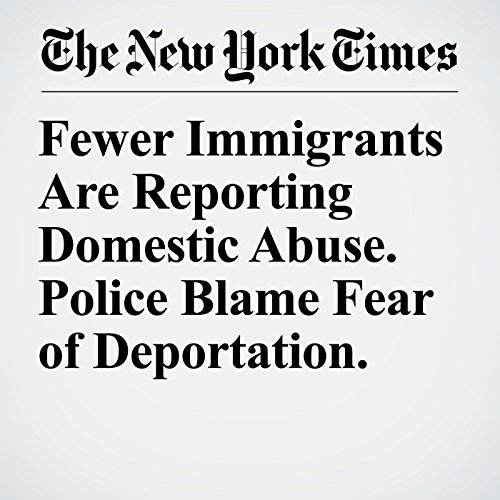 HOUSTON — For years, she slept with a gun under her pillow, living in fear of a boyfriend who beat her, controlled her life and threatened to kill her and her children. Domenica, who came to this country illegally from Mexico in 1995 and became part of the booming immigrant community in Houston, said her partner was a U.S. citizen and often reminded her that she could be deported if she went to the police.

"Fewer Immigrants Are Reporting Domestic Abuse. Police Blame Fear of Deportation." is from the June 03, 2018 U.S. section of The New York Times. It was written by Cora Engelbrecht and narrated by Kristi Burns.