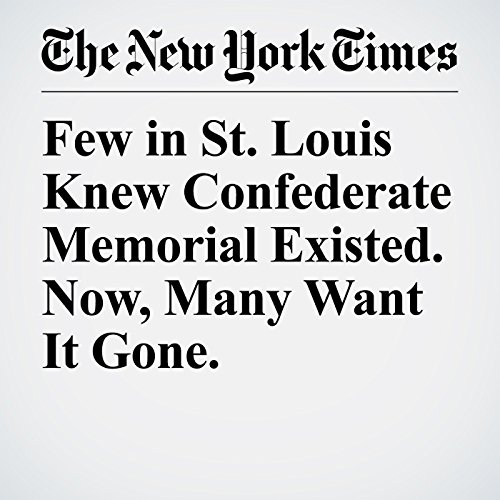 The angry, divisive fight over public symbols of the Confederacy has swept through Columbia, South Carolina; Birmingham, Alabama; and New Orleans. This week, the debate made its way some 600 miles north, up the Mississippi River, to St. Louis — the home of a Confederate memorial many residents did not know was in their midst.

"Few in St. Louis Knew Confederate Memorial Existed. Now, Many Want It Gone." is from the May 26, 2017 National section of The New York Times. It was written by Julie Bosman and narrated by Kristi Burns.