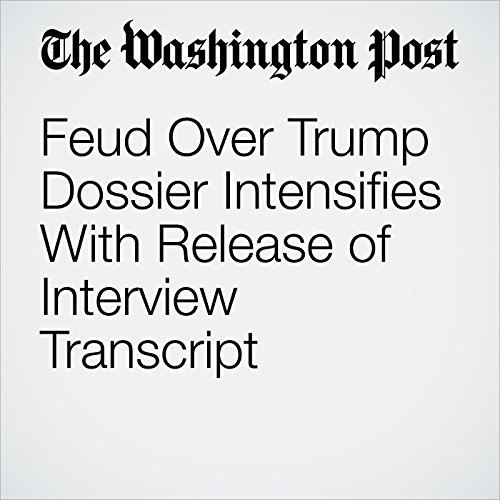 The political battle over the FBI and its investigation of Russian meddling in the 2016 election intensified Tuesday with the release of an interview with the head of the firm behind a dossier of allegations against then-candidate Donald Trump.

"Feud Over Trump Dossier Intensifies With Release of Interview Transcript" is from the January 10, 2018 Politics section of The Washington Post. It was written by Devlin Barrett and Tom Hamburger and narrated by Sam Scholl.