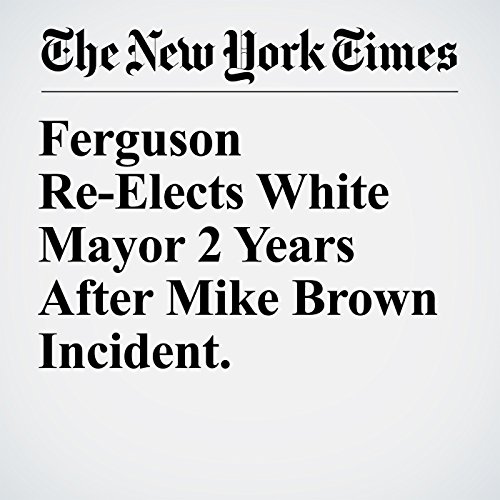 When a national movement for racial justice flared here 2 1/2 years ago, activists nationwide hoped to upend the political order. Ferguson, they said, was one of many predominantly black communities across the country that were under white control, and they strategized about ways to change that.

"Ferguson Re-Elects White Mayor 2 Years After Mike Brown Incident." is from the April 05, 2017 U.S. section of The New York Times. It was written by John Eligon and narrated by Keith Sellon-Wright.