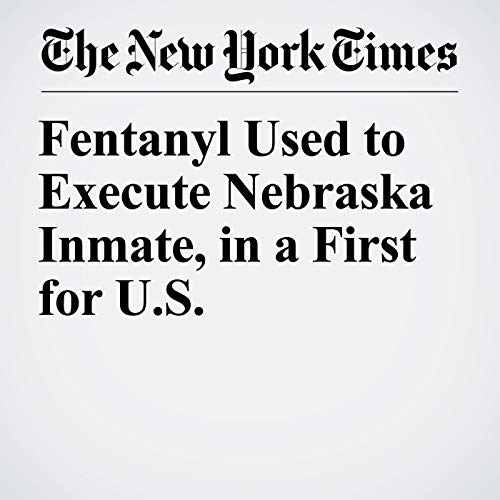 Fentanyl Used to Execute Nebraska Inmate, in a First for U.S.

LINCOLN, Neb. — Prison officials in Nebraska used fentanyl, the powerful opioid at the center of the nation’s overdose epidemic, to help execute a convicted murderer Tuesday. The lethal injection at the Nebraska State Penitentiary was the first time fentanyl had been used to carry out the death penalty in the United States.

"Fentanyl Used to Execute Nebraska Inmate, in a First for U.S." is from the August 14, 2018 U.S. section of The New York Times. It was written by Mitch Smith and narrated by Kristi Burns.