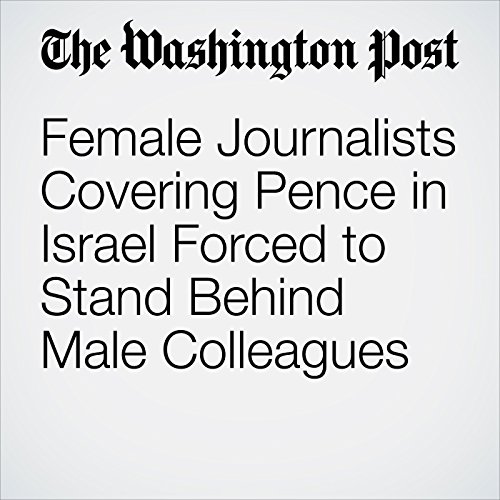 If there’s one thing female journalists covering the trip of Vice President Pence to Israel will remember it is the “special treatment” they received, first by Israeli Prime Minister Benjamin Netanyahu’s security detail and second, in their “unique” vantage point while covering Pence's visit to the Western Wall on Tuesday.

"Female Journalists Covering Pence in Israel Forced to Stand Behind Male Colleagues" is from the January 23, 2018 World section of The Washington Post. It was written by Ruth Eglash and narrated by Sam Scholl.