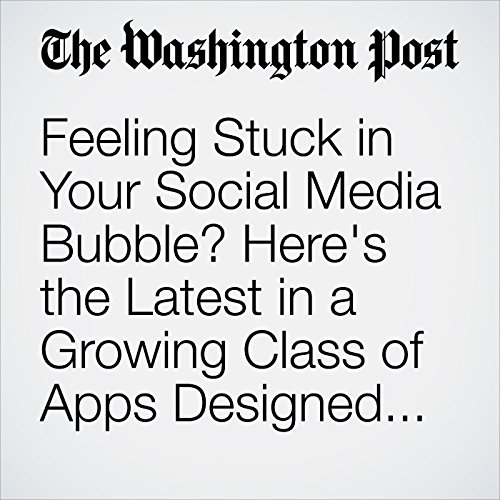 Daniel Lubetzky, the son of a Holocaust survivor, has sought to build bridges among people in conflict throughout his career as a businessman and philanthropist. So when Lubetzky, the chief executive of KIND snacks, wanted to do something to mend the fractured country after the presidential election, he turned to one of the places where people are most divided — social media.

"Feeling Stuck in Your Social Media Bubble? Here's the Latest in a Growing Class of Apps Designed to Help" is from the April 18, 2017 National section of The Washington Post. It was written by Michael Alison Chandler and narrated by Sam Scholl.