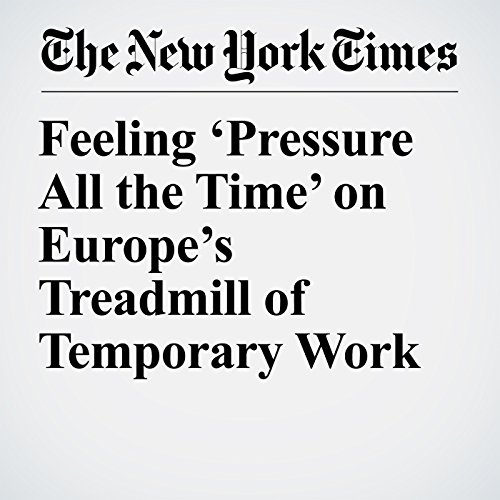 While the region’s economy is finally recovering, more than half of all new jobs created in the European Union since 2010 have been through temporary contracts. This is the legacy of a painful financial crisis that has left employers wary of hiring permanent workers in a tenuous economy where growth is still weak. Under European labor laws, permanent workers are usually more difficult to lay off and require more costly benefit packages, making temporary contracts appealing for all manner of industries, from low-wage warehouse workers to professional white-collar jobs.

"Feeling ‘Pressure All the Time’ on Europe’s Treadmill of Temporary Work" is from the February 09, 2017 Business section of The New York Times. It was written by Liz Alderman and narrated by Barbara Benjamin-Creel.