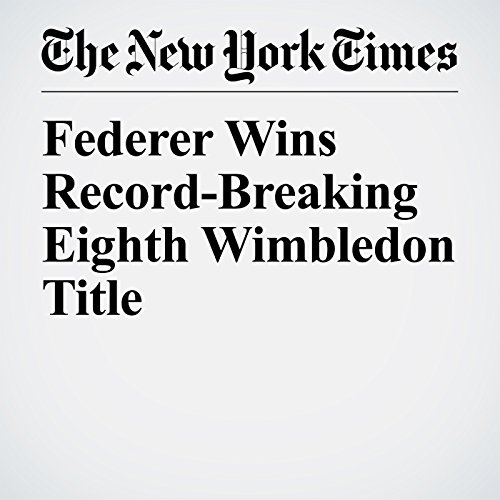 When Roger Federer and his growing family embarked on a new tennis season in 2017 after his six-month injury layoff, the big goal was winning Wimbledon.Check.

"Federer Wins Record-Breaking Eighth Wimbledon Title" is from the July 16, 2017 Sports section of The New York Times. It was written by Christopher Clarey and narrated by Keith Sellon-Wright.