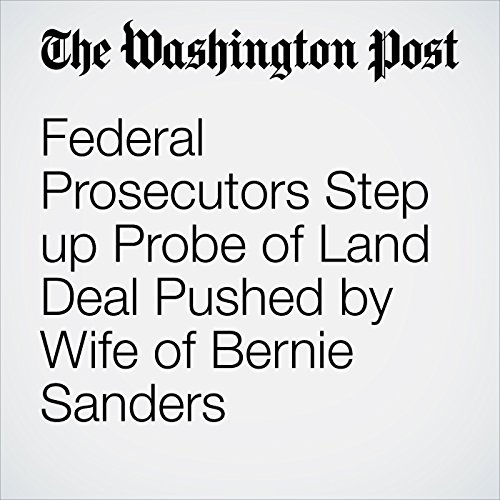 A federal investigation into a land deal led by Jane Sanders, the wife and political adviser of Sen. Bernie Sanders, has accelerated in recent months — with prosecutors hauling off more than a dozen boxes of records from the Vermont college she once ran and calling a state official to testify before a grand jury, according to interviews and documents.

"Federal Prosecutors Step up Probe of Land Deal Pushed by Wife of Bernie Sanders" is from the July 10, 2017 Investigations section of The Washington Post. It was written by Shawn Boburg and Jack Gillum and narrated by Sam Scholl.